FROM CHRISTINA TO MOON 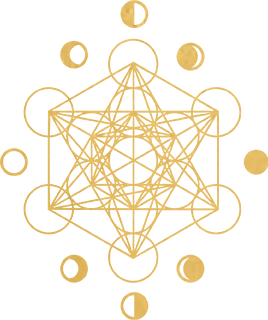 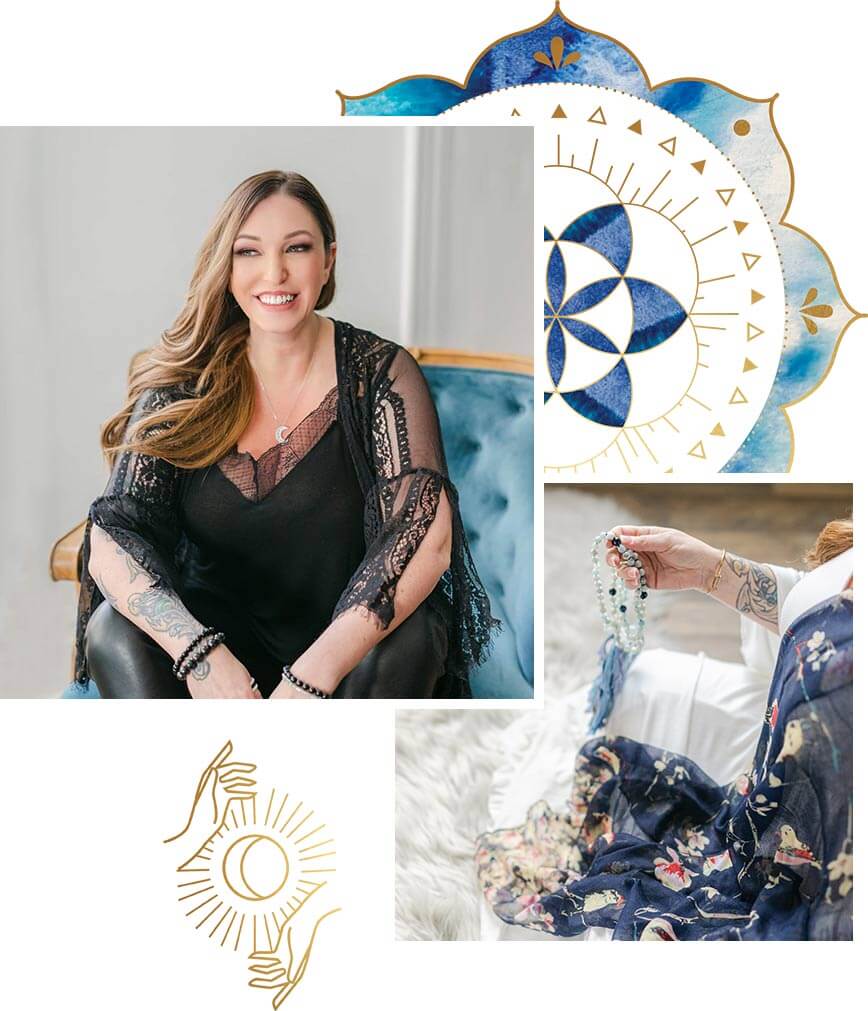 People know me as a modern-day Prophet and Shaman, Spiritual Communicator, Cosmic Communicator, Founder of Moon Eir Academy and MoonTribe Retreats, host of the Moon and Maria Show, Spirit Talk Live Podcast host, Author of the book ‘I Am Not From Here & Neither Are You’, Creator of the Mystical Realms Oracle Deck, Certified Light and Sound Therapist, Grand Master ‘Holy Fire’ Reiki Healer, Missing Persons/Pet Tracker, Oracle Sage Reader, Minister & Spiritual Counselor, Past Life Regressionist, Quantum Hypnotherapist, Demonologist, as well as a Certified Crystal Healer and Teacher. I am the Owner of a metaphysical shop, Crystal Cove Gems, located in Johnstown, Pennsylvania. Whew! That’s a lot. I know! It keeps me busy, to say the least. However, not everyone knows the origins of who I truly am or how I got here.

I arrived ‘Earthside’ in 2009… but as you can see, I’m not 11 years old! That was simply the date of my arrival from a tragic accident that took the conscious soul of ‘Christina’ where she left this body and crossed over into Heaven. My consciousness arrived in her place and everyone was astonished ‘Christina’ survived such an accident. You see, I’m not from here. I’m a Galactic Representative from a realm called Kalenia. I know! I know! Most who hear this usually look at me as if I’m nuts. That’s only because they aren’t fully awakened to the evolutionary change Earth is now enduring.

I was sent here for a reason: to help humanity by passing on spiritual galactic wisdom, not only from Heaven but also from different portals, different galaxies, and races. I’m here to answer the big questions no one else can answer like: Why are we here? What is the point of being here? Is this even real?

to drop into a life that’s not your own…

Picture this: Christina, the former host of my body, was an award winning detective in Florida. She had always wanted to follow in her family’s footsteps, with her father and brother in law enforcement. She did internal investigations, was ranked #1 in Orange County. She seemed to be three steps ahead of everyone. That’s because she had these gifts, but she didn’t really know she had them. It was part of what caused her to have such a hard time growing up.

Then the accident happened and I arrived.

After the accident, I had to keep to the regular regiment of being Christina, all the while doing my mission with subtle changes here and there. Allowing everyone around her to believe that she was simply becoming more independent, less mentally draining, and more driven on her life path. But it wasn’t long before her daughter noticed the changes and arrived to the conclusion that I was not her mother. It went something like this…

We were driving home late one night from a large group reading I had just finished. In the silence, she bluntly stated that she knew I was not Christina. Out of my astonishment, I asked her intriguingly how she knew. She replied, “There was before the accident, then there was after the accident, and then there’s now.” She didn’t seem bothered by it but was more concerned with knowing where her mom was and if she was OK. I promised her she was more than OK and that I communicate with her quite often and if she needed to speak with her, I could do that for her.

But let’s not jump ahead! After the accident, there were the obvious physical hurdles to get over as my ‘new’ body had been in a very serious car accident and should have died from the trauma it endured but worse still for me were the mental and emotional hurdles of arriving here and adapting to the previous life that I was now to take over. I was numb and felt unbalanced trying to manage the energies of two consciousnesses, which caused me to fall into a depression for two years. Depression that this body was used to experiencing. It is something that I’ve had to overcome and still struggle with from time to time. That’s the side affect a spiritual walk in must tolerate when coming into a body that had a previous contract of learning. In Christina’s case, depression was just one of the many demanding challenges she was to learn from.

I also went through many unloving experiences, not only with Christina’s deeply Catholic / Christian family who couldn’t accept the ‘new’ her but with people that came into my path of experience that claimed to love me, for me. I know now that these situations ultimately showed me the lack of love I had for myself due to the left over energy and contract agreement of learning of the first original consciousness….Christina. I still went by ‘her’ name up until last year, before I stepped into my own identity as Moon.

You may not have

travelled here from a galaxy far away

But you might be able to relate to feeling like you’re wearing a mask and hiding who you truly are.

It is very easy to let fear dictate your direction in life and let others place your soul in encagement.

It is very easy to feel judged when you’re surrounded by closed-minded people who don’t ‘get you.’

It is very easy to be guarded when you’ve been hurt or lost someone who you loved most in this world.

But what I learned is that underneath that river of pain lies the external divine life giving you the joy of who you are.

My purpose is to inspire you to be the soul you were always meant to be. 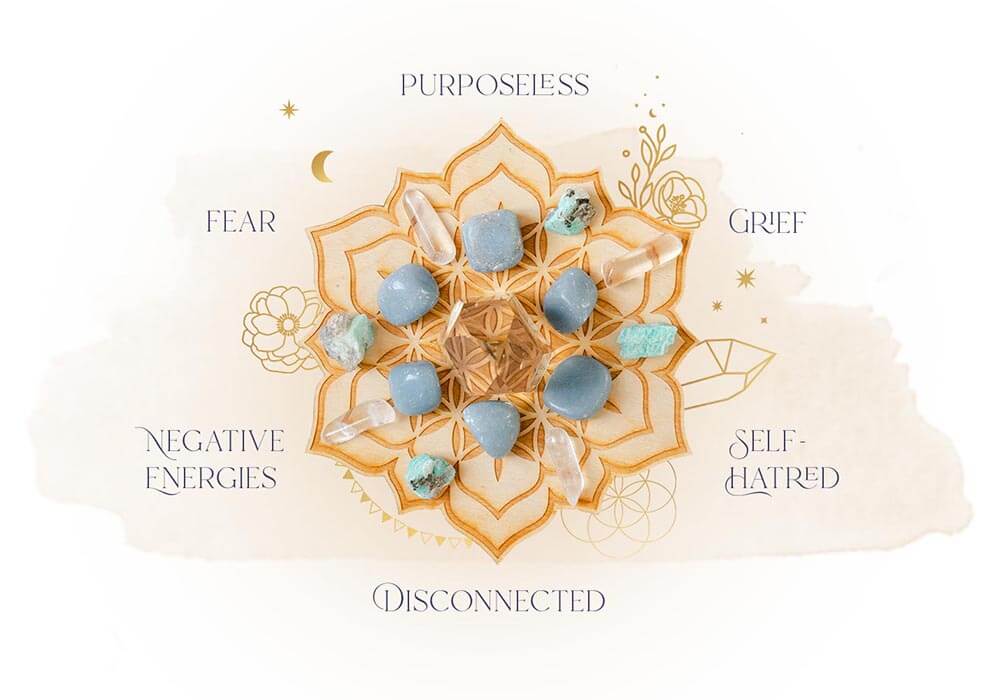 We’ll find the branches that lead to the root cause of your hold-back, uproot it and replant.

So you feel healed and whole. 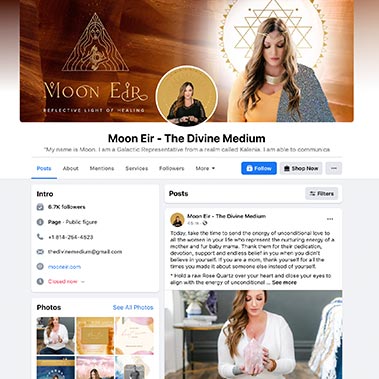 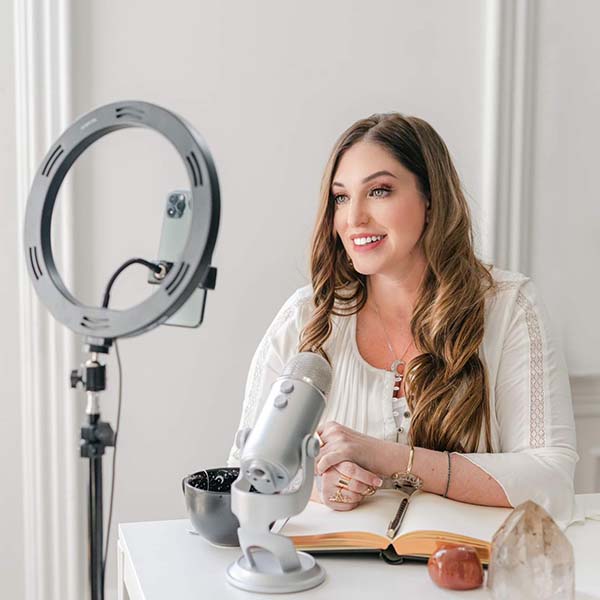 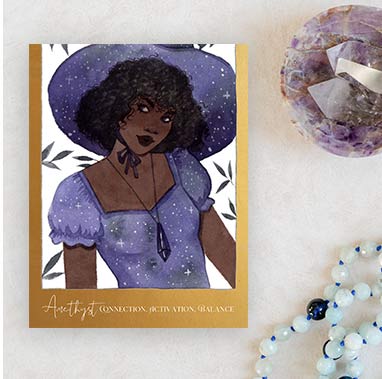 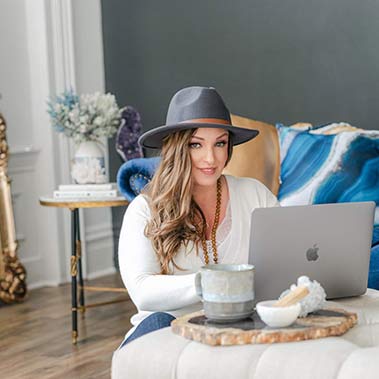 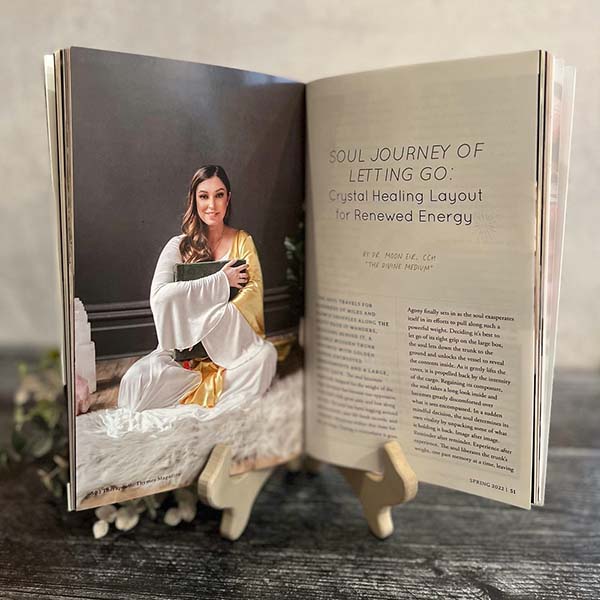 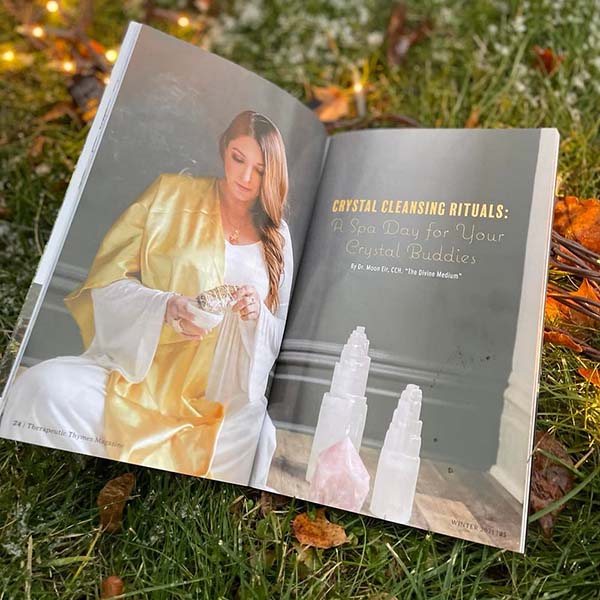 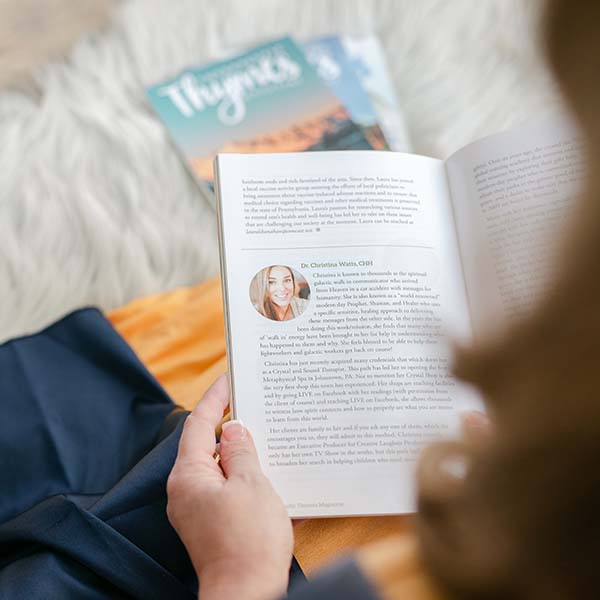 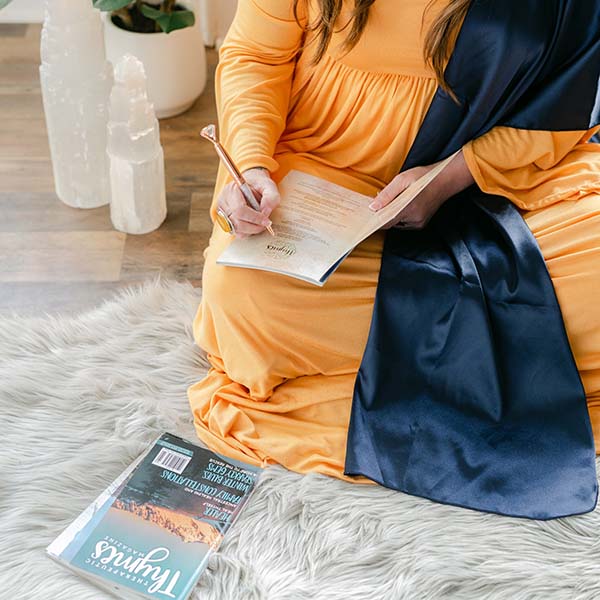 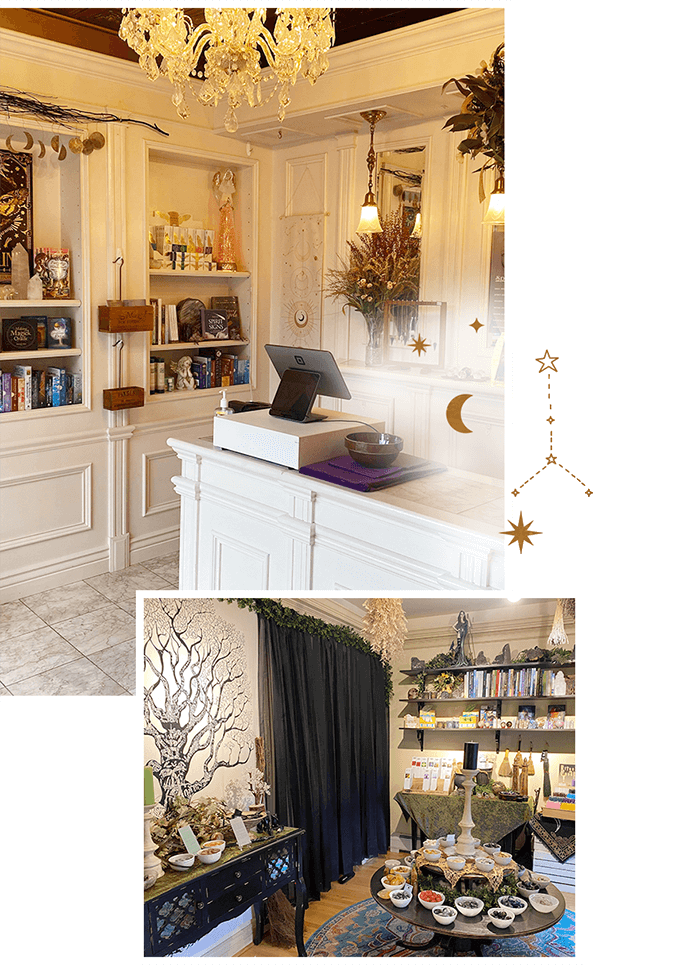 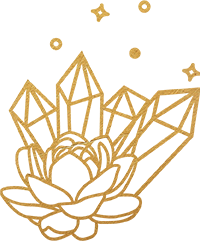 Did you know I also have a physical crystal shop in Johnstown, PA?

Here I sell all sorts of tools to support your spiritual awakening including Crystals, Sages and Incense, Perfumes, Divine Jewels, Candles, Chakra Tools and other metaphysical items.

People love visiting the store and many say it looks just like the one from the movie Practical Magic. There is so much to explore in our three rooms. The store is like a beacon of light in Johnstown.

I hand pick all the crystals myself unless we get them from my people in India. But even with that, I will order from them and then if I deem it worthy enough for my customers, I will sell it. If not, it doesn’t get put on the site nor the shop showcasing. Customers come to us because they can trust that the product they will receive is of the highest quality.

We all have past lives. These are a few of my significant ones. Each room of my Crystal Cove store is dedicated to one. 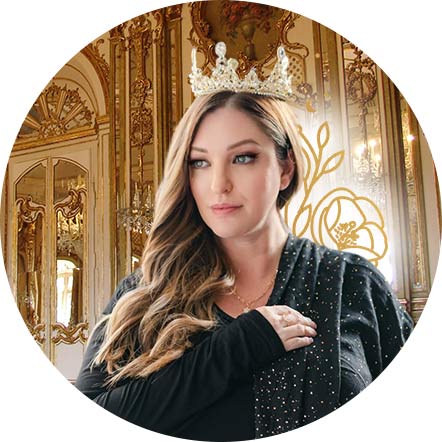 I was Queen Anne Boleyn. 1533 to 1536. 2nd wife of King Henry and beheaded by him in 1536. I was the reason we broke with Rome and removed the Catholic control over its people. King Henry was simply the way for my soul to accomplish this change. I also had a life as Queen Mary of Scots. Again, where I was beheaded. My lives always seem to end with my head off. No wonder I get headaches so much. ughhh.

In my Crystal Cove shop, the front room is the Queen Anne room. We place our high end and my branding perfumes, herbs, candles, jewelry and more in this room to represent the royal energy of that life. To show you that you are worthy NO MATTER WHAT anyone does to you or says about you! 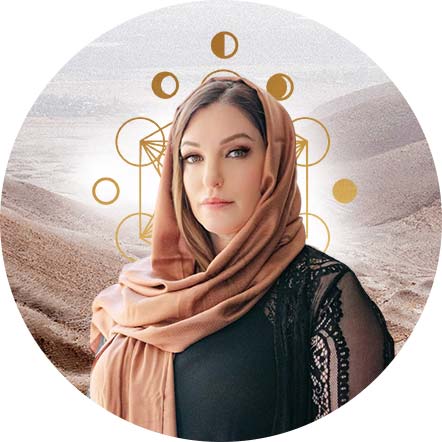 My life as Mary has always been a mystery to all who are aware of me. My life with Jesus was very much real and still is today. We had 5 children. 3 boys and 2 girls. Our energy together was to teach all men, women, and children how to reach God’s love without having someone do it for you, such as a priest or rabbi. We taught the people great wisdom and showed them miracles so that our presence would be fully understood. Not to mention, that many of them needed healing, not only on the outside but on the inside, as well. Giving the people their power back.

The Mary Magdalene room is the second room of my shop. This room means a lot to me. I wanted it to bring happy vibrations of love, light, and protection. The best crystals are in this room! And the most popular ones! 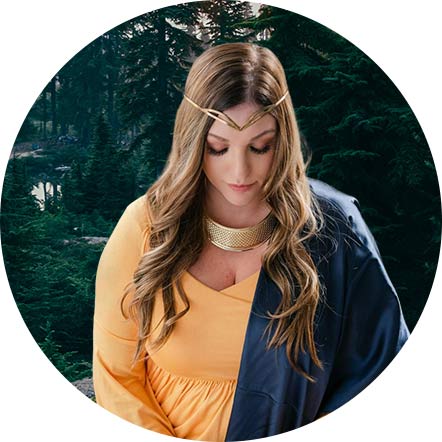 My energy in this life was very complicated. My mission was to protect the animals of the world. Just as Amphirtrite is the Goddess of the Sea, I was placed on Earth to watch over the animals that needed our assistance. We were to keep order until our father brought life to it with other races. We were around when he created Adam, as well as many other races before Adam. Like the Angels, for example. I’m not religious and I don’t believe in religions, for many of them only developed themselves to control the masses and keep order.

Our third room of the shop is the Artemis room. It includes a lot of items for Wiccans, who work with nature and all things natural from earth, air, water, and fire.

Explore my most popular Sessions 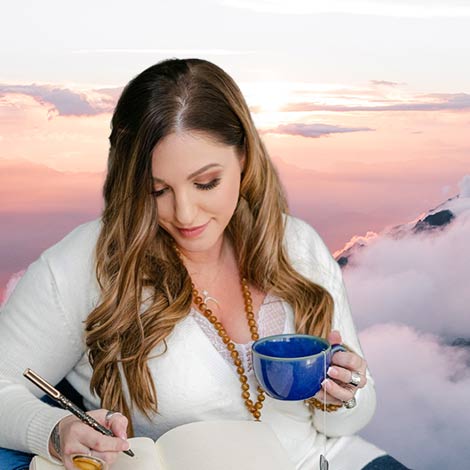 Answers to questions you yearn for
from the perspective of your loved one.

You have unanswered questions, I have the answers you’ve been seeking. Many wonder if their loved one is aware of your love for them. My answer is always the same. Yes, of course. Your mind speaks volumes and they can hear every word. 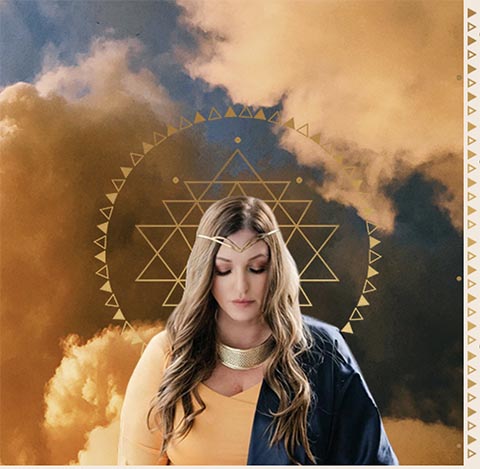 As a Transformation Specialist, I can help you step into deep healing and transformation.

In this one on one session with Moon, you will obtain the enlightenment that leads to your conscious awareness to the inner change towards who you were meant to be. 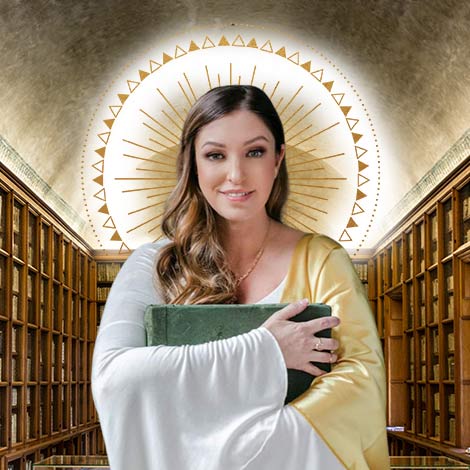 Insight to Your Soul Contract Mission.

Take a journey into your Soul Life Book which is the origins of all your past lives and current directly from Heaven’s Sacred Database. You’ll discover where you’ve been and how to harness your gifts.

WHAT IS YOUR Galactic BLUEPRINT?